Stay up to date with all the news, events and happenings. We'll do our best to become your resource for relevant news. 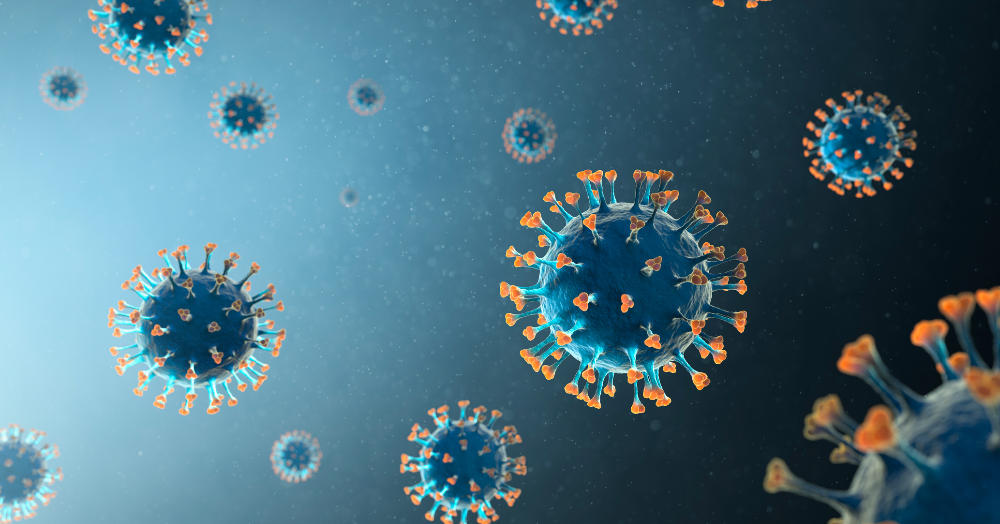 AED has a duty to provide and maintain, so far as is reasonably practicable, a working environment that is safe and minimises risks to the health of staff, COM members, students, volunteers and visiting clients.

This includes identifying, managing and reducing risks to health or safety associated with potential exposure to COVID-19.

For this reason we have put in place the following:

All face-to-face appointments and walk-in enquiries will be suspended until further notice.

Our services will still be available by telephone/email.

AED staff will conduct their work from home. 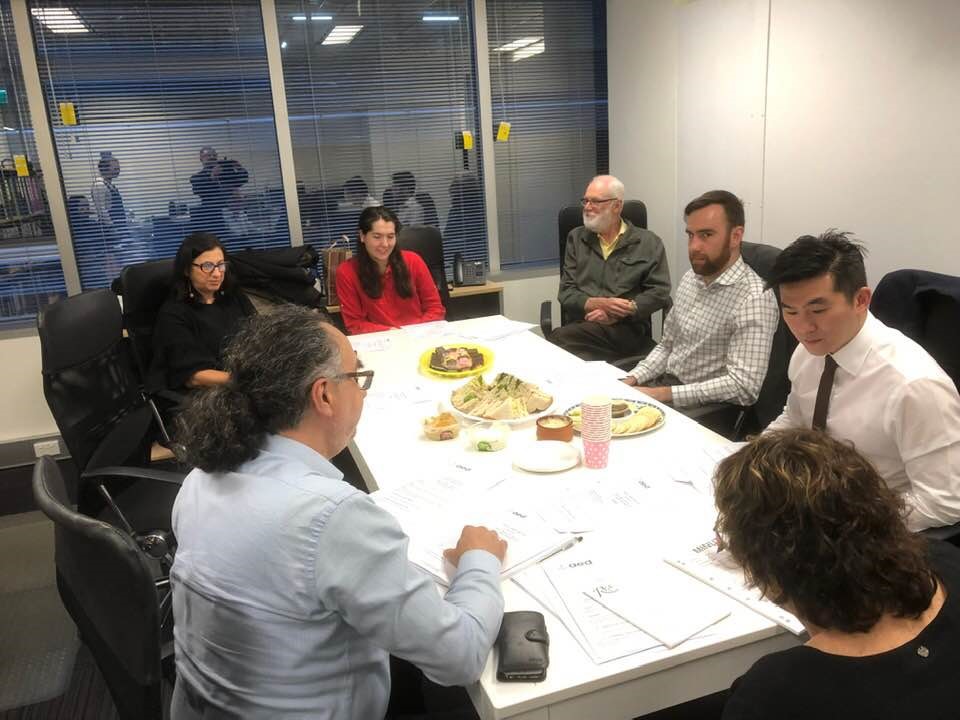 On Monday 28 October 2019 AED held its Annual General Meeting at its new premises. AED’s Chairperson Mr Gaetano Ravida opened the meeting and gave his annual report to those present, noting that ‘AED remains current and continues to have influence on the systemic and individual needs of Australian’s living with disability in this new federalised approach to disability support.’

The Treasurer Erwin Ng followed by tabling his report. Erwin highlighted the fact that 2018-19 had been a good year financially for AED where we saw a turnaround to a positive operating profit of $17K compared to the previous year. This has been due to an increase in income and a decrease in expenses.

AED’s Legal Manager and Principal Solicitor Kairsty Wilson gave her report touching on many themes and the main areas of operations during the year. She noted that 'in providing over a decade of quality legal advocacy to people with disability it may be useful to reflect that for many of our clients we need to address more than just the legal issues but we must also provide emotional support– for the advocacy journey is often a long and difficult one.'

Kairsty also thanked the AED Committee, staff, students and volunteers for their dedication and support of the service.

The AED Committee also took the opportunity of moving 2 motions to show their gratitude to Jeffrey Au and Wendy Davies for their support and dedication to AED.

The new AED Committee for 2019 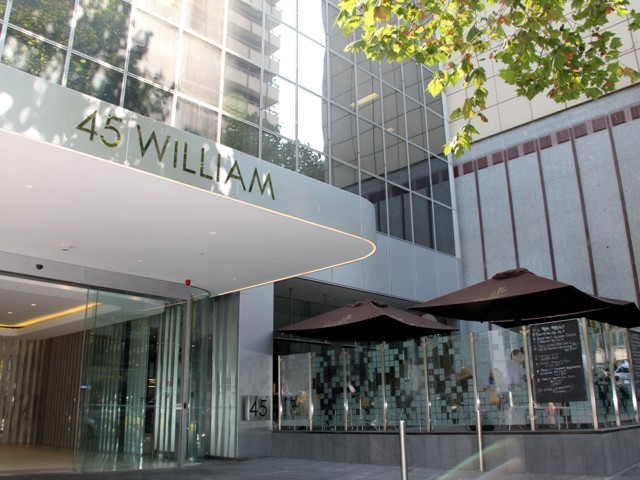 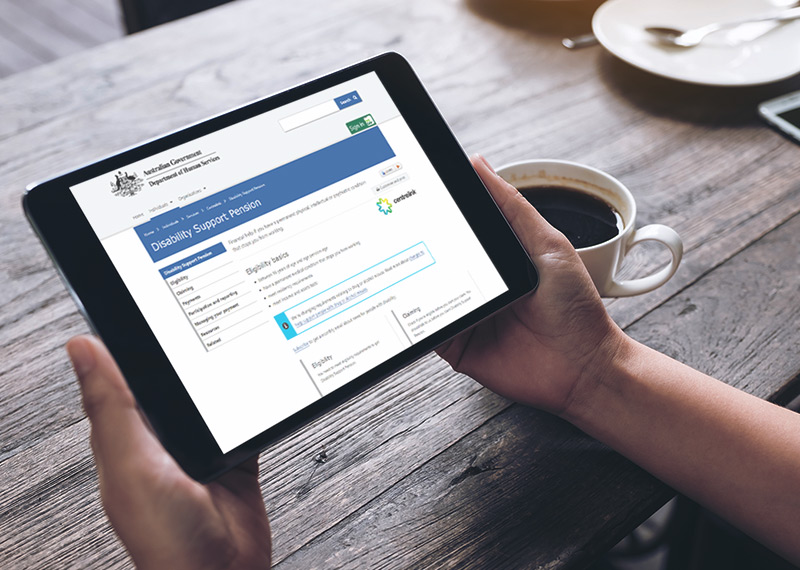 There are some interesting statistics and diagrams about claims approved and claims rejected over the last 8 years.

You can access the report by clicking this link: https://www.anao.gov.au/work/performance-audit/disability-support-pension-follow-up-audit 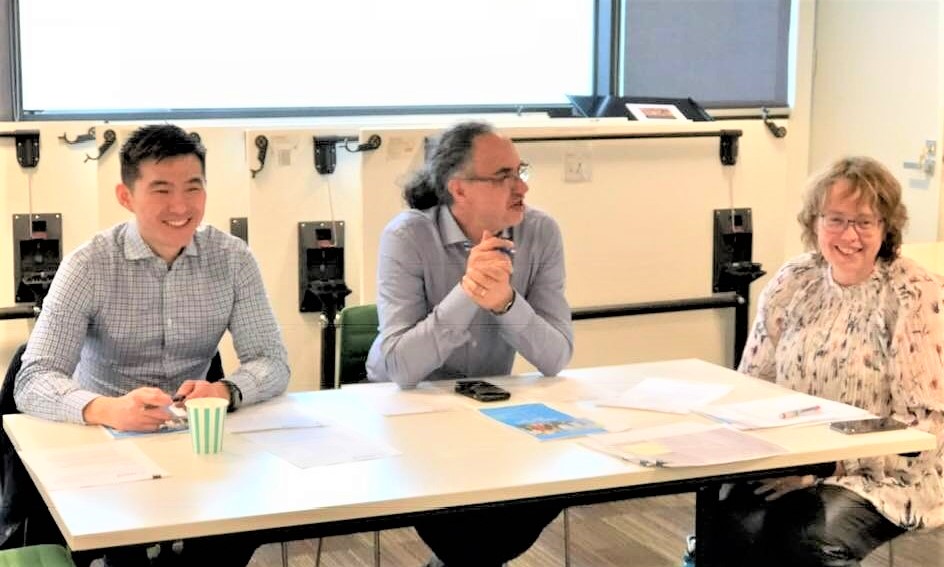 On Tuesday 23 October 2018, AED held its AGM at the Office of the Public Advocate in Lygon St, Carlton. Formalities got underway with the Chairperson Mr Gaetano Ravida presenting his report and acknowledging " the continued commitment, diligence and the resultant achievements of the AED Staff, the work of the committee in its commission of governance for the organisation, the invaluable contribution of the volunteers, and the support of members and friends of AED ". In his report the Treasurer Mr Erwin NG pointed out that the financial auditor " has not revealed any issues with the accounting practices and financial management at AED". AED's Principal Kairsty Wilson thanked the Committee, staff, students and volunteers for their contribution and good work. She also talked about key organisational and strategic issues such as the continuing work at the Fair Work Commission (FWC). Mr Ravida was then re-elected as Chairperson and Mr Erwin Ng was re-elected Treasurer. After the AGM attendees joined in conversation and some drinks and nibbles. 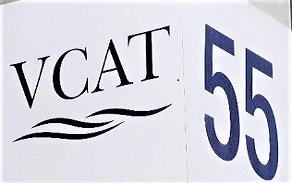 The client was the wife of and is the trustee and executor of the estate of a deceased 45 year old male who had been diagnosed with cancer. His work hours were reduced and employment eventually terminated after disclosing his cancer diagnosis to an employer he had been working for 17 years.

The deceased had worked for his employer for 17 years, no issues ever being raised about his performance. After disclosing his diagnosis, his hours were drastically reduced and his employment eventually terminated several months later. The employer claimed that the deceased was unable to perform his daily work functions and posed a risk of danger to other staff. This contradicted a medical certificate issued at the time declaring that the deceased was fit for work.

With the support of AED, the client filed an anti-discrimination complaint to VCAT on behalf of the deceased, under the Equal Opportunity Act 2010. The employer made a strike out application on the basis that the client did not have sufficient standing under the law to bring such a claim on behalf of another person. A hearing was held where barristers for both parties put forth arguments claiming that the client had or did not have, under relevant legislation, sufficient interest to make the complaint on the deceased’s behalf.

Current legislation is unclear about the client’s position with regards to commencing her action. In such circumstances, Parliament’s intention in enacting the relevant legislation is considered. The VCAT member found that the objectives of the Equal Opportunity Act 2010 include the ongoing improvement of society by the elimination of unlawful discrimination and that the client is not excluded from taking the present action against the deceased’s employer. The strike out application was therefore dismissed and matter is ongoing. 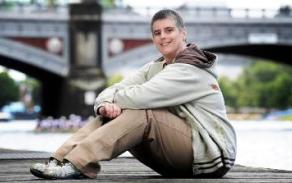 Kate back on the job after dismissal

WHEN Kate Last was sacked she thought her world had ended.

The Parkville woman, who has an intellectual disability and short-term memory loss, worked for a disability service provider for four years before being dismissed.

Ms Last said the reason given for her dismissal was she had become a danger to other employees.

The 40-year-old was handed a letter of termination and escorted off the premises.

She said in her job she was required to undertake multi-tasking but due to her disability, she wasn’t able to understand new tasks that were only relayed verbally.

Her co-workers went on strike after learning why Ms Last wasn’t at work.

Ms Last said in the years that followed she lost a lot of weight and at times contemplated suicide.

Ms Last said because she felt she was wrongly done by she contacted the Association for Employees with a Disability Legal Centre to get her job back.

Two and a half years later and three days before a scheduled hearing at the Fair Work Commission she was reinstated.

Ms Last said when she learnt she could go back to work she was over the moon. 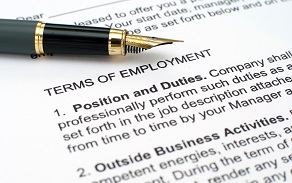 Dismissal in contravention of a general protection

A 42 year old male with brain damage after an accident, as well as physical injuries including shoulder reconstruction and broken back and neck contacted ADE Legal Centre.

The client was unpaid by his employer for substantial number of hours worked beyond his employment contract. He was also made to perform duties outside of the scope of the contract, subjected to treatment by the employer amounting to bullying and/or vilification and not provided with entitlements under his contract. The employer made rude and abusive comments about the client’s and his partner’s disabilities to other staff.

The matter was initially brought to the Fair Work Commission as a General Protections Application Involving Dismissal, under the Fair Work Act 2009. A conciliation was organised by the Commission but no settlement was reached.

The parties continued negotiating on their own but failed to reached agreement. The matter was subsequently filed at the Federal Circuit Court as a Claim under the Fair Work Act 2009 alleging dismissal in contravention of a general protection. A mediation was organised by the court in which the parties managed to reach a mutually agreeable settlement

The outcome of AED's intervention is that the parties agreed on terms of settlement after a mediation at the Federal Circuit Court.

The Federal Circuit Court has ruled that Corrective Services NSW unlawfully discriminated against Caryn Huntley, an employee, who suffered from Crohn'sDisease and idiopathic hypersomnolanceby failing to make "reasonable adjustments".

While the Court found a number of flaws in Corrective Services NSW's handling of the medical condition and subsequent termination, it focussed on the employer's obligations around "reasonable adjustments". Suffering the disease and sleep disorder ("disabilities" for the purposes of disability discrimination legislation), Ms Huntley had provided medical evidence to the employer regarding her ability to perform her role which, relevantly, included some travel.

The Court found the employer had misinterpreted that evidence when it determined Ms Huntley should be medically retired because she was unable to travel for more than 30 minutes. On the contrary, that medical evidence asserted Ms Huntley could take trips greater than 30 minutes, so long as she was able to take a break along the way. A reasonable adjustment to make?

The Disability Discrimination Act 1992 (Cth) (Act) provides that an employer will not have unlawfully discriminated against an employee if, because of the disability, the employee would be unable to carry out the inherent requirements of the job even if the employer made reasonable adjustments for that employee. Under the Act, an adjustment is reasonable unless making it would impose an unjustifiable hardship on the employer.

So, did Corrective Services NSW make reasonable adjustments? Basing its decision on the fact the employer had misinterpreted the medical evidence presented by Ms Huntley, had considered the condition an "illness" rather than a "disability" (the latter meaning the disability discrimination legislation was relevant) and subsequently terminated the employment, the Court said no.

Corrective Services NSW had failed to: consider the inherent requirements of the role; consider any reasonable adjustments that could be made to assist the employee to perform the inherent requirements; and implement those adjustments. Relevantly, the employer was ordered to pay compensation for pain and suffering and breach of contract to the tune of over $170k plus interest.

Lessons learned: employers ought to carefully consider whether an employee's illness or medical condition is a "disability" and, if so, take steps to comply with the obligations which arise from the disability discrimination legislation. A failure to do so could be costly.

We do not disclaim anything about this article. We're quite proud of it really.