This is
why we
Help

Every time we win a case or get a person with a disability the help they need we celebrate a little victory. Each victory takes us to a better society where we all live as equals. 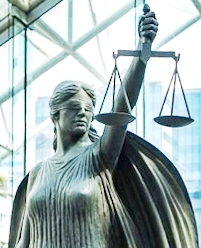 AED's greatest achievement to date is the Federal Court decision in a landmark wage case that has had wide-ranging ramifications for 20,000 employees with disabilities working in Australian Disability Enterprises.

Since 2004, some employers chose to calculate the wages of people with disability using the Business Services Wage Assessment Tool (BSWAT) which resulted in a very poor return on work, despite people with disability contributing significantly to meeting Australia’s packaging, manufacturing and cleaning needs.

In 2008, AED Legal Centre spearheaded the BSWAT test case on behalf of two employees with an intellectual disability - Mr Michael Nojin and Mr Gordon Prior. The case resulted in a favourable landmark decision. On 21 December 2012 the full bench of the Federal Court of Australia ruled on Appeal that the Commonwealth unlawfully discriminated against Mr Nojin and Mr Prior under Section 6 of the Disability Discrimination Act (DDA) 1992 (Cth) by assessing their wages using the Business Services Wage Assessment Tool (BSWAT).

This was a complex and long case (went for 5 years) and the Federal and High Courts decision was for AED the culmination of 10 years of dedicated legal advocacy.

The decision may be read here.

Michael and Gordon’s story can be read in a cartoon on The Guardian here.

This was a historic victory and an affirmation of the human rights of people with disability across Australia. This could lead to an overhaul of the wage assessment process and the removal of the discriminatory elements that disadvantage people with an intellectual disability. 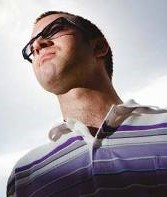 On 16 December 2016 the Federal Court approved the settlement of a class action between the Commonwealth and employees of Australian Disability Enterprises (ADEs) whose wages had been assessed under the BSWAT.

The decision worth $100 + million will benefit over 8,000 employees with disability working in ADEs around Australia. The class action settlement means that these workers will be eligible to get 70% of the money owed to them in lost wages by the government under the BSWAT Payment Scheme.

This historic victory is the culmination of many years of sustained advocacy, successful legal claims, policy influence and the class action undertaken by employees, their families and community organisations. AED Legal Centre, Disability Advocacy Network of Australia (DANA), People with Disability Australia (PwDA), Inclusion Australia and law firm Maurice Blackburn Lawyers have been at the forefront of this ground breaking class action that is likely to go down in history as a milestone for the disability rights movement in Australia.

More than 8,700 people have applied for a payment at last count - and some have already received payments! Have you received an offer of payment by the Department of Social Services under the BSWAT Payment Scheme?

If you have, AED Legal Centre can give you free legal advice on the payment offer. All you need to do is call us on (03) 9639 4333 and leave a message or contact noni.lord@aed.org.au

An industrial win for employees with disability

As part of its Wage Justice Campaign (WJC), AED has expended significant resources for several years to be party to conferences and mediations held by the Fair Work Commission to vary the Supported Employment Services Award (SESA) to exclude BSWAT.

SESA is the Award under which employees with disability working in ADEs are paid.

Finally, after twenty months of conciliations, it was agreed that BSWAT would be removed from the SESA.

At the same time, AED has been advocating in both the FWC and the federal justice system for the industry-wide adoption by ADEs of the Supported Wages System (SWS). A small yet significant number of ADEs (approximately 24) have adopted SWS as part of the process.

This is a significant industrial outcome for employees with disability.

We are now at the pointy end of the process to ensure that all wage tools in SESA that are discriminatory are removed from the Award. The FWC is currently conducting four (4) yearly reviews of all Modern Awards. These reviews include SESA and is open to any interested party to make a claim as to what matters should be included in SESA.

There is an opportunity for AED to put forward a case for the removal of all discriminatory wage assessment tools from SESA which would mean that the only allowable tool would be the SWS.

AED advocates that the SWS - a tool that assesses the employees productivity only for their wage rates - is the most fair and equitable tool.

With 28 competency-based wage assessment tools listed in SESA that can be used by ADEs, it is essential that they are removed, leaving the SWS as the only tool. The competency-based tools are discriminatory and see employees with disabilities being paid wages that are well below the minimum wage. We have clients on as little as 91cents an hour. This is a blatantly inequitable situation and nothing short of exploitation. 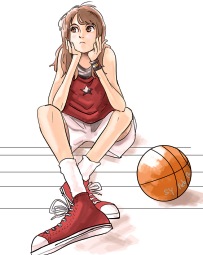 Jane was a supported employee working in an Australian Disability Enterprise (ADE).

When she was terminated from work she sought help from AED Legal Centre. The lawyers from AED helped Jane to make an application at the Australian Industrial Relation Commission (now Fair Work commission) because she thought she received unjust treatment from her employer.

As well as financial compensation, Jane received an apology from both the Employer and her Supervisor as well as being able to continue playing basketball with her team from the ADE.

This was important to Jane as she enjoyed playing basketball with her ex workmates.

"I know that my donation to AED will help not only people with a disability but the community as a whole."